Straus, M. A. (1998). The controversy over domestic violence by women: A methodological, theoretical, and sociology of science analysis. Paper presented at Claremont Symposium on Applied Social Psychology, Claremont, CA.
« In the mid-1970s my colleagues a-scovery that women physically assaulted partners in marital, cohabiting, and dating relationships as often as men assaulted their partners (Steinmetz, 1978; Straus, 1997; Straus, Gelles, & Steinnietz, 1980). This finding caused me and my formcr colleague, Suzanne Steinmetz, to be excommunicated as feminists.» p 18

Dutton, D. G. & Nicholls, T. L. (2005). The gender paradigm in domestic violence research and theory: the conflict of theory and data. Aggression and Violent Behavior, 10, 680-714.
Straus, M. A. (2005). Women's violence toward men is a serious social problem. In D. R. Loseke, R. J. Gelles, & M. M. Cavanaugh (Eds.), Current Controversies on Family Violence, 2nd Edition, (pp. 55-77). Thousand Oaks, CA: Sage.
«One of the reasons social scientists and the public at large are willing to accept a single-cause approach advocated by feminists is the recognition of and indignation by most social scientists over past and continuing oppression and discrimination against women. As a result, there is a tendency to accept almost anything that will change this aspect of society Liberal social scientists tend deliberately to close their eyes to excesses and incorrect statements by feminists because they do not want to undermine feminist efforts to bring about a more equitable society. Thus, avowedly feminist scholars have suppressed data on violence by women. Social scientists I know who do not claim to be feminists have also published only the part of their data that shows violence by men.» p 70

Straus, M. A. (2006). Future research on gender symmetry in physical assaults on partners. Violence Against Women, 12, 1086-1097.
« In the light of evidence from about 200 studies showing gender symmetry in perpetration of partner assault, research can now focus on why gender symmetry is predominant and on the implications of symmetry for primary prevention and treatment of partner violence. Progress in such research is handicapped by a number of problems: (1) Insufficient empirical research and a surplus of discussion and theory, (2) Blinders imposed by commitment to a single causal factor theory—patriarchy and male dominance—in the face of overwhelming evidence that this is only one of a multitude of causes, (3) Research purporting to investigate gender differences but which obtains data on only one gender, (4) Denial of research grants to projects that do not assume most partner violence is by male perpetrators, (5) Failure to investigate primary prevention and treatment programs for female offenders, and (6) Suppression of evidence on female perpetration by both researchers and agencies.» p. 1086

Straus, M. A. (2007). Processes explaining the concealment and distortion of evidence on gender symmetry in partner violence. European Journal of Criminal Policy Research, 13, 227-232.
« Although there are many causes of the persistence of the patriarchal dominance focus, I believe that the predominant cause has been the efforts of feminists to conceal, deny, and distort the evidence. Moreover, these efforts include intimidation and threats, and have been carried out not only by feminist advocates and service providers, but also by feminist researchers who have let their ideological commitments overrule their scientific commitments.» p 227-28

Gelles, R. J. (2007). The politics of research: The use, abuse, and misuse of social science data - the case of intimate partner violence. Family Court Review, 45, 42-51.
Graham-Kevan, N. (2007). Domestic violence: Research and implications for batterer programmes in Europe. European Journal of Criminal Policy & Research, 13, 213-225.
«The European Union is in the early stages of developing policy and practice guidelines for dealing with domestic violence offenders. There is a real danger, however, that that policy and practice is going to be shaped by political lobbyists rather than academic literature and evidence-based practice. Feminist advocates control the curriculum of domestic violence perpetrator programmes in the US and more recently in the UK and proscribe treatments that do not conform to their conceptualisation of domestic violence. Feminist advocates conceptualise domestic violence as unilateral male-to-female violence enacted to control and dominate women, supported by the patriarchal beliefs and systems of the wider society. Academic support for this theory is lacking, however, and scientifically sound evaluations find that programmes based on this philosophy have little or no effect on recidivism. Empirical literature suggests that domestic violence is not a unitary phenomenon and that perpetrators are a heterogeneous group whose treatment should match their crimingenic needs and risk.» Abstract p.213 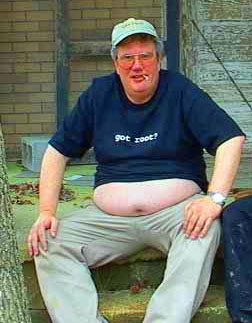